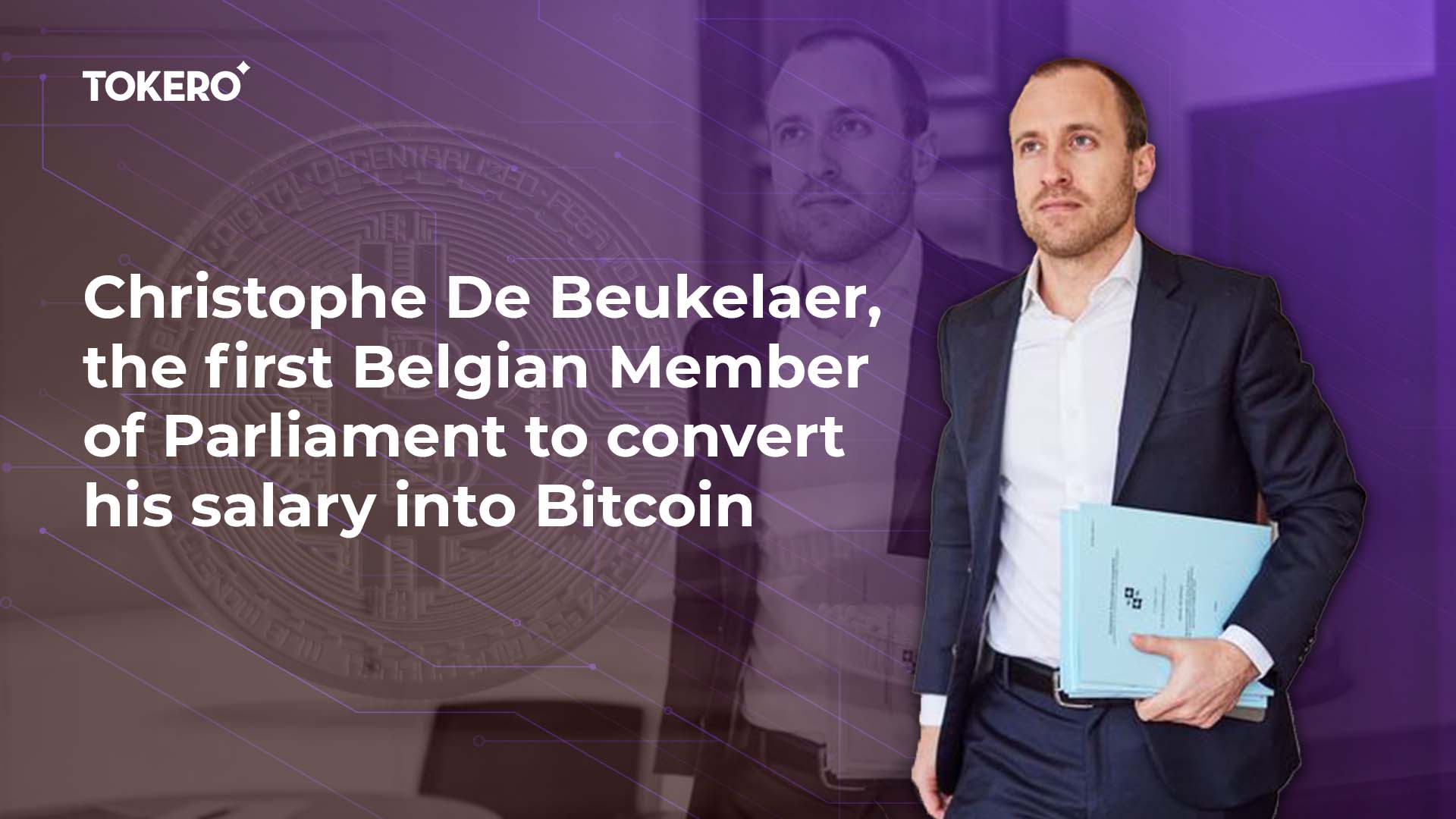 Christophe De Beukelaer, the first Belgian Member of Parliament to convert his salary into Bitcoin

How politics can be combined with blockchain technology, experiment by a Belgian Member of Parliament

At the end of January 2022, the Belgian politician took an unprecedented decision. Christophe De Beukelaer, member of the Belgian Parliament, became the first European politician to convert his salary into Bitcoin (BTC). This experiment, which was celebrated by Cointelegraph, proved that politics can be combined with blockchain technology.

Beukelaer, who represents the Humanist Democratic Center (CDH) party, explained that he decided to take this action after seeing how other American politicians understood the importance of blockchain technology and the role it could play in the development of their hometowns. Beukelaer said his monthly salary of €5,500 ($6,140) will be converted into Bitcoin using the Bit4You crypto trading platform.

“I did this political act of paying in Bitcoin to defend some political ideas”, explained Beukelaer, citing four of them: defending financial freedom, defending economic opportunity, fighting financial ignorance, and fighting the growth model. The last is perhaps the most interesting, as the deputy sees a clear link between Bitcoin and the environment clause: “What does the central bank do when it prints money as it has done in recent years? It gives the illusion of infinite resources and thus encourages all economic actors to produce and consume more and more.”

Beukelaer considered the experiment a success both in putting Belgium on the global cryptocurrency map and in encouraging local officials to educate themselves about digital assets.

However, it should be noted that Beukelaer's experiment was not comforting from a practical point of view. Although BTC fell from January 2022, when it reached almost $38,000, to $17,246 at the time of publication in January 2023, the deputy did not envision his experiment as an economic strategy from the start:

“It was a political act and not a financial gesture. Like those who grow mustaches in November to fight prostate cancer. I put this salary in Bitcoin on a cold wallet every month and I haven't touched it. My goal was not to live in crypto, but to show that we can make important changes through such actions.”

Through this action, Christophe De Beukelaer has proven that it is possible to combine politics with blockchain technology, and that we can make important changes through simple, but significant actions. Every action counts, and every contribution counts.